JB & Buzz (aka Judge Mental) discuss the new “politically correct” world of broadcasting – the tweets and talk of fired radio guys, Bill Burr’s SNL monologue, and the renaming of the Eskimo Pie. Also, David Crosby’s “meh” memorial for Eddie Van Halen, the only 3 places in America without COVID, and Eddie Abler’s report on fishing boat caskets. Plus: a radio flashback with Lenny Kravitz.

RIP Eddie Van Halen – from the Brandmeier Archives, we play the full, unedited Van Halen studio interview. Other topics include sh*t stories in the news, a CNN anchor ambushed by raccoons, a man who found a brain in Wisconsin, and the ongoing mask debate. Plus: A roadie comments on Buzz’s plan for ONE billionaire to save live music and we get back to back live calls from Mississippi. 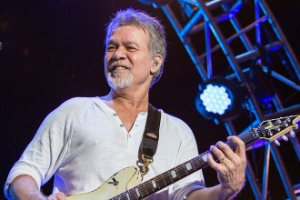 Johnny’s perturbed by a listener who questions his professionalism. We talk about how the NFL’s brought back a sense of normalcy and hope the season continues, our pal Weird Al takes on that debate, and more. Bored at home during the pandemic? Teach your dog to talk (we call a guy who’s working on it) or do what Johnny does – call tech support and play clips from Nell. Plus: a listener emailed us about a bed bug problem – guess who responds to him?

JB gets pulled over by a police officer who’s a fan of the Moo Moo song. From the archives, conversations with the late Hall of Fame running back Gale Sayers and Sylvester Stallone’s mother Jackie. Calling one billionaire – Buzz wants you to save live music clubs – and a guy in Milwaukee wants us all to save the Taco Bell Mexican pizza.

Some news you can lose: a TikTok star explains how to get free food from restaurants, a YouTuber poops on Nancy Pelosi’s driveway, a dentist gets time for performing surgery while on a hoverboard, Senator Chuck Schumer does stand-up, and more. Plus: Big Ten is back, Chris Rock’s on Fargo, and one of our listeners is a hero.

A California wildfire was caused by a gender reveal party – we talk to the woman who started the trend (not the fire!). A guy on a mission to have boneless wings removed from menus calls in. We get ready for some football…with Liberace?! And Johnny wonders…are we all just army ants going in circles with COVID info?

Actor and comedian Bob Einstein, aka Super Dave Osborne and Marty Funkhouser on Curb Your Enthusiasm, was one of our all-time favorite guests. He passed away while we were gone and we never got to pay proper tribute, so this episode is our salute to Super Dave! He called in whenever he felt like it and would jump into the conversation with whoever we had on, from Norm Macdonald, Bobby Goldsboro, a turkey calling champion, and others. He talks about his appearances on Curb and tells many jokes you’ll want to remember.